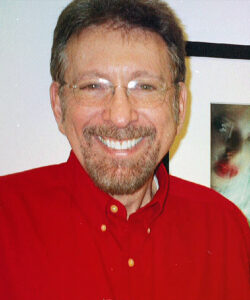 Max Victor Alper received his Ph.D. from New York University, where he later served as a faculty member and administrator. As Director of Communication, Media and Arts, he was responsible for programs in art, photography, writing and filmmaking.

Alper’s fine art photographs have been shown in over 180 exhibitions in the United States and Europe. His work is included in private and public collections, such as the Denver Art Museum, the Art Institute of Chicago, and the Perez Art Museum Miami. In New York City, he has exhibited at the Photo District Gallery, Taranto Gallery, Limner Gallery, New Century Artists Gallery, and E-3 Gallery. Recently, his photographs were selected for exhibits at Art Basel Miami. His work has been highly acclaimed by art reviewers. A New York critic praised him as a “photographic artist of transcendent gifts.”

In addition to numerous articles, reviews and museum catalogues, Alper has written two books (published by Macmillan) about American history and historic sites. Hundreds of photos were created for the project, and many appear in the books. He has served on committees of several organizations, such as the National Endowment for the Humanities and the National Academy of Television Arts and Sciences (Emmy Division). Alper also has been an author/editor of Arts Magazine and has contributed art reviews to The New Republic. He has written and narrated a radio series for WGBH-Boston. Alper has participated in the Fellows Program of the American Council on Education and has been awarded a Residency at the prestigious American Academy in Rome.

Interested in photography since his youth, he has studied with master photographers such as Bruce Davidson, Michael Kenna and Robert Farber. Alper started his photographic career in New York City where he created publicity photos for actors and performers. Among his clients were Bill Maher, Elvis Costello and Tony Bennett. In recent years, he has specialized in fine art photographs – impressionist (fantasy) images, abstracts, portraiture, nature studies, and city scenes in both black-and-white and in color.

Alper has worked at the Foley Gallery, and other galleries, in New York City. In addition, he has served as an independent art consultant to private collectors and institutions.